His first feature film in 10 years proves to be a critical success as already celebrated at Cannes. Based on the novel Oh… by Philippe Djian, and written by David Birke, the film trails the life of a businesswoman, Michèle (brilliantly portrayed by Isabelle Huppert), who is raped in her home by an unknown assailant and stalks him back.

Michèle rules her company like a tyrant but faces personal problems like her failed marriage to Richard (Charles Berling), her slacker son (Jonas Bloquet) and a lacklustre affair with Robert (Christian Berkel). But she has not come to terms with her father’s crime.

Her father is a serial killer who is still in prison without parole. Her mother is getting re-married to a young buck makes matters worse. Verhoeven plays his film slick and efficient, but the films slags a bit before picking up again. All of Michèle’s problems eventually come together in the solid narrative with a bang-on message. The rape scene is played several times, each time just as (but necessarily) gruesome. The film is Verhoeven at his twisted and perverted best. 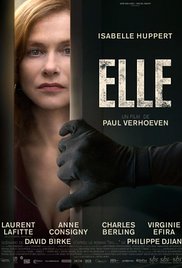 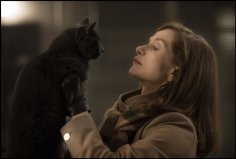