South Korean helmer Park Chan-wook, known for his excellent thriller OLDBOY returns with another suspense thriller, this time adapting Sarah Waters’ Victorian England-set bestseller Fingersmith to Japanese-occupied Korea in the 1930s. The adaptation works with a few flaws but the result is nevertheless something completely different – a historical drama that turns out to be both an erotically charged thriller and a lesbian romance, with sex scenes rivalling BLUE IS THE WARMEST COLOUR.
Park’s film is told in three chapter’s from the points of view of the story’s three characters. The film contains lots of flashbacks, with each flashback containing possibly a different meaning to the story than when the scene first appears. It is tight and clever editing, but too many of these lend to a bit of confusion. A few parts at the end are also confusing like the one in which Fujiwara rows a boat in a misty lake with the two women in it.

The three distinct perspectives are of: Japanese aristocrat Lady Hideko (Kim Min-hee), Korean thief Sookee (Kim Tae-ri), and pseudonymous schemer and thief, Fujiwara (Ha Jung-woo). Hideko lives isolated in the luxurious colonial manor built by her tyrannical and depraved uncle (Cho Jin-woong), a book collector who forces Hideko to read erotic stories for his lecherous old friends. Into this bizarre yet static daily routine enters new handmaiden Sookee, who is in on the purported Count Fujiwara’s scheme to marry Hideko and seize her inheritance. But the twist in the plot does not end here. The Count is in reality scheming against Sookee with Hideko with even more plot twists (not revealed in the review) on the way. It all becomes clear in the very end though confusing when each twist is revealed and in flashbacks.

But for all that the film is worth, Western audiences will be treated with a sumptuous feast for the eyes, in terms of the Korean and Japanese period atmosphere, from the colourful costumes, to the sets and wardrobe to the strange practise of the rich and famous. The one scene in which the two women destroy the valuable scrolls and books is one that stands out the most.

Park’s fondness for the gruesome and excesses, as observed in his films OLDBOY and LADR VENGEANCE is on display here. The digit chopping with the page clamp cutter segment had one critic walk out of the press screening. The lesbian love-making scenes between Sookee and Hideko, with their bodies sliding along each other with extreme moaning will also have the audience drooling. Other excesses include foul language, surrealism (the misty boat ride on the lake; the lengthy tooth rubbing scene) and erotism (Hideko’s sex readings to her uncle and dirty cronies).

THE HANDMAIDEN has delighted many critics for these excesses. But excesses are excesses and the film which runs a full two and a half hours could do with a bit of trimming. The film nevertheless is a beautifully meticulously crafted period piece with enough plot twists to tease most audiences. 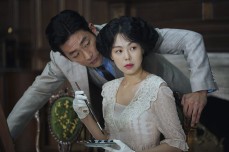 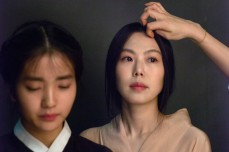 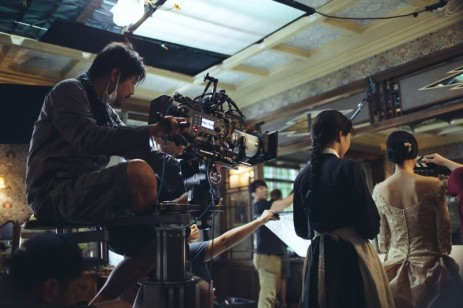