The film is about Marlo, a mother of three including a newborn, who is gifted a night nanny by her brother. Hesitant to the extravagance at first, Marlo comes to form a unique bond with the… See full summary »

TULLY (is the name of the night nanny) a couple hires to help them through the difficult time of nursing a new born baby.  The story follows a loving couple, Marlo (Charlize Theron) and her livable but often clueless husband (Ron Livingston).  They are a middle-aged couple with a son who is attention challenged and has to be given special attention in a special school.  When the film opens, Marlo is having a candid talk with the school councillor when she is ‘politely ’told her son should switch schools.  In the meantime, Marlo is pregnant with third child.  During a party, Marlo’s extremely wealthy brother (Mark Duplass, who appears to be just relishing his role) gives her a paid night nanny as a gift so the couple would not have to deal with the additional stress of having a third child.  This is the story – how everyone, including the nanny herself, learns and gains insight from the introduction of a stranger to the family.

This is a female film, fascinating from a man’s point of view for there is so much to be learnt and noticed in the story of a woman going through motherhood again and through a mid-life daily crisis.  Her husband likely needs to take major lessons as well.  The mommy-milk making machine took me by surprise.

Diablo’s script is noticeably manipulative.  The “I love us” dialogue is too coy.  Tully does not appear in the film till the 30-minute mark.  Reitman is setting the audience up for Tully to show up and do miraculous wonders.  Before this time, Marlo is undergoing all the stresses of motherhood including sore nipples, spilled milk, dirty diapers and baby crying at the worse times. Tully always has the right thing to say and knows the right thing to do at the best moment.  Marlo, on the otter hand, is flustered constantly but always saved by her.  Marlo is given an unbelievably nice husband who the audience is led to believe, will let his wife watch him have sex with another woman.

Charlize Theron proves she has the guts to bear all in this emotionally devastating role.  She is unafraid to show her frumpy side, when her teats have gone to bits and looking especially unattractive as in the shot where she is shown jogging next to a fit, slimmer and fitter jogger.  (Her recent appearances vela her back to her gorgeous self.)

TULLY should be more of a crowd-pleaser with perhaps some insightful message the audience can take home to make the world a better place, but this does not happen.  The film lacks the magic.  One reason could be that all the trouble faced by Marlo and her husband are personal and self induced.  It also shows that the nanny is just as faulty a human being as her employer, if fact worse, in terms of the romancing element.

As a film (the third collaboration between Reitman,scriptwriter Dianlo Cody and Theron, TULLY falls below standard of Reitman’s best films JUNO and UP IN THE AIR.  TULLY just proves that Reitman knows how to make a female movie. 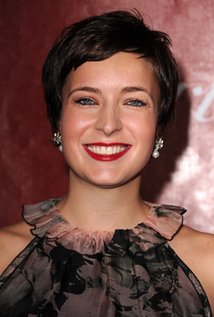 Stripping toughened my hide, but exposing myself as a writer has been a lot more brutal.

I have never been an ambitious person, and my participation in this industry is a fluke, but only male writers can afford to be coy and self-deprecating.

I’ve been told that I’m incompetent, socially retarded, maladjusted. I still know that I couldn’t function in reality. Los Angeles is a good place for me.

If this whole writing thing doesn’t work out, I’ll be getting right back on the pole.

[on screenplay-writing for actresses] The attitude toward women in this industry is nauseating. There are all sorts of porcine executives who are uncomfortable with a woman doing anything subversive. They want the movie about the beautiful girl who trips and falls, the adorable klutz.
When you’re in a competitive environment, always give out the impression that you don’t care. It makes people want you more. If you act desperate, it’s over. I think a passive attitude is helpful.

The best thing you can do is find a person who loves you for exactly what you are.

Having your film made is the award. That alone is the miracle.
To enjoy being famous, you need to have a screw loose.