A woman with a troubled past sets out to find her missing brother.

Written and directed by Scooter Corkle, this moody crime suspense thriller uses the backwoods of British Columbia as the new underbelly of the inner cities for the backdrop of the story.  The nearby town is a paper pulp town that prospered from the local timber industry.

When the film opens, a bar brawl has just taken place.  Brandon (Jared Abrahamson from HELLO DESTROYER) has to be bailed out of jail by his sister, Alison (Dianna Agron).  Alison tells him that she has had enough and cannot keep doing this, while Brandon claims he is doing his best.  This no win situation gets worse, when Brandon gets caught, in what has been described by the unsympathetic local sheriff (Michael Rogers) ‘in a mid-fuck’ by his girl’s father, whose body has just been found.  Brandon, who is now chief suspect goes missing.

Alison is not a liked character in the local town.  She is known to be having a same-sex relationship with Brandon’s girl’s mother.  Whether the lesbian relationship is necessary in the story is questionable, as there is enough already going on in the film.

If the story all sounds quite straight forward, the story is actually quite difficult to follow in the film.  For one, it is only a third through the film that it is revealed that Alison is Brandon’s elder sister. It is natural to assume that Alison is Brandon’s mother at the start.  It is then confusing if the affair Alison is having is with the girl’s mother or maybe the girl’s sister.  Other identities are also blurred.  One wonders if it is the intention of writer/director Corkle to keep the audience on their toes to decipher the story or if it is unintentional.  The time setting of the story is also left unclear.  There are clearly no cell hones used at all in the film, but one could argue that no one needs one in the backwoods.

Though HOLLOW IN THE LAND is a nitty gritty drama set in a male dominated town, it is more of a feminist film. Corkle is a Not only is the protagonist female, but the story leans towards the female in more ways that one – including the lesbian relationship and all the other strong female characters, which is good given the way females are so less represented these days in film.  (The director Corkle is male.)  But that does not mean that all the male characters have to be weak ones, like the characters of Brandon and their father (who is ono shown at the end, of the film, with one tooth missing.)

To director Corkle’s credit, the atmosphere of dread, terror and suspicion are effectively created in the moody film.  The audience is also kept on their toes from start to end, and the film builds to a satisfactory climax.  It also helps that Agron delivers a power-packed performance as the reluctant heroine.

HOLLOW IN THE LAND ends up a better than average atmospheric thriller with well developed characters that the director makes sure the audience cares for.

Set in the early 1960s and during the era of Vatican II, a young woman in training to become a nun struggles with issues of faith, the changing church and sexuality.

Films with the Catholic Church as its subject have always painted a ghastly picture of the religious institution.   Recent films like the Foreign Film Oscar Winner IDA and the Best Picture Oscar Winner SPOTLIGHT immediately come to mind.  But is the Peter Mullan’s 2002 biting satire THE MAGDALENE SISTERS that bear the closest resemblance to Margaret Bett’s equally scathing drama NOVITIATE.  THE MAGDALENE SISTERS and NOVITIATE take different paths but both make good companion pieces.

NOVITIATE begins with Cathleen (Margaret Qualley) at a church altar, questioning God on her choice of becoming a nun.  The film flashes back to 1964, 10 years earlier to follow the chain of events that led her to make this decision and how she has come to question that decision.  By immersing the audience into the single character of Cathleen, Betts brings her audience to the first lesson in ‘novitiation’ or “Becoming a nun 101”.  It is an eye-opening and gruelling lesson.

Cathleen enters a convent, convinced she’ll never be more in love with anyone except for God.  Her mother, (Julianne Nicholson) is totally against the idea, chastening her daughter telling her she knows nothing about religion or that love for God.  Betts puts the audience on Cathleen’s side, but later on in the film, turns the audience back to the mother;s side, when the church has gone so wrong that Cathleen’s decision might not have been the right one.

The church gone wrong arrives in the form of the Reverend Mother (Melissa Leo).  When the film opens, the Pope and higher ups in the Vatican decided on reforms (called Vatican II) to modernize the Church so that it be more relevant in current times.  The Reverend Mother must learn to relinquish authority after the news of planned reforms from Vatican II.

Melissa Leo steals the show, aided by three segments containing well written dialogue for her character.  One is her opening speech stressing that there is no love without sacrifice.  Another is her defence against the Archbishop when confronted on her authority and the last is her confrontation scene with Cathleen’s mother.

One glaring problem of the film is Cathleen’s make-up.  It is clear to everyone that nuns or those in training are not allowed any makeup.  Yet, Cathleen is seen with eye shadow, powder and light lipstick.

Betts keeps her film always interesting by the addition of several subplots that back up the main one of Cathleen.  One is the abuse of Sister Sissy who ends up being sent home.  Another is Sister Mary Grace’s service at the convent.  She is sincere, loving and open but finally is forced to confront the Reverend Mother.

NOVITIATE ends with the note that after the Vatican’s reforms (which are signalled as progressive in Betts’ film, 90,000 nuns have since left convents all over the world.  This poses the disturbing implication that these 90,000 nuns must have been against these reforms and have been practising cruelty of the past. 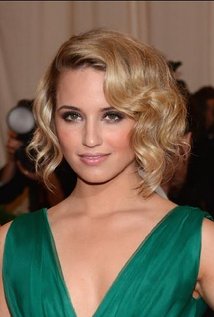 Read reviews and watch pics of the actress: