Skip to content
HomePosts tagged 'Jason Clarke'
A look at the life of the astronaut, Neil Armstrong, and the legendary space mission that led him to become the first man to walk on the Moon on July 20, 1969.

Josh Singer (screenplay by), James R. Hansen (based on the book by)

FIRST MAN tells the trials and triumphs of astronaut Neil Armstrong as he trains, tests and finally lands on the moon.  The film is written by Oscar winner Josh Singer (SPOTLIGHT) adapted from James. R. Hansen’s book with cinematography by Linus Sandgren whose visuals are the best thing about the movie.  It is best seen in IMAX, as the screen jolts during the segment of the moon landing, as if to remind the audience of the glorious IMAX format.

The film opens with Armstrong (Ryan Gosling) in the cockpit of a rocket as it tries to re-enter the earth’s atmosphere.  It has troubles as it is bouncing off the atmosphere with altitude rising instead of decreeing.  The ship rattles like crazy.  It is a long 15-minute or so sequence with screeching metal and jittery frames, enough to give anyone a headache.  It is clear that director Chazelle wants the audience to realize the absolute torture that the astronauts endure, which he repeats more than once again during his film.  Subtlety is clearly not Chazelle’s strong point.  Chazelle loves to inflict torture on his subjects like in Armstrong as in Miles Teller’s drummer in WHIPLASH and career bound musician Ryan Gosling in LA LA LAND – two of Chazelle’s previous outings.

The film unfolds during the period of 1961 to 1969, ending with the success of the moon landing and of course Armstrong’s famous words: “One small step for man, one giant leap for mankind.”  But the euphoria is again diminished by Chazelle insisting on reminding the audience (though flashback) that Armstrong lost his little girl, Karen through cancer.

FIRST MAN is extremely choppy in its storytelling.  It requires that titles onscreen to tell the audience the year a segment is set and and what point NASA is at in its testing.  There are scenes that are disorienting that the audience is left for a while not knowing where the film is at.  An example is the wife Janet (Claire Foy) distraught at her husband’s survival followed by a scene when all is well.

Chazelle’s film and Singer’s script capture both the intimacy of Armstrong’s family life and camaraderie of his fellow astronauts more effectively.  The confrontation between Janet and Neil where she loses it, forcing her husband to talk to the boys makes one of the film’s best segments as in the astronauts beer drinking segment.  The choice of the musical score and the songs chosen by the astronauts to play in space is also interesting,

FIRST MAN is Chazelle’s biggest project and it looks superb not only for the moon segments but the ones on earth.  No expense has been spared to provide the 60’s atmosphere from the vintage cars, clothing, wardrobe and 60’s dialogue.

FIRST MAN is visually more arresting than most space movies, excepting Kubrick’s 2001: A SPACE ODYSSEY.   But Philip Kaufman’s THE RIGHT STUFF remains the best space movie about astronauts and their families.  A little lengthy at 2 hours and 20 minutes, FIRST MAN is a solid experience demonstrating what Armstrong went through for success but unlike the other two aforementioned films, seeing FIRST MAN once is more than enough.

Two men return home from World War II to work on a farm in rural Mississippi, where they struggle to deal with racism and adjusting to life after war.

MUDBOUND, a Netflix original movie, is understandably a difficult film to be made for general audiences dealing with racial tensions, mixed relationships and the Ku Klax Klan.  Despite complaints about Netflix movies not being ‘real’ movies distributed in theatres, in Netflix defence – it is thanks to them that difficult films like these, worthy and gut wrenching get made.  MUDBOUND is a film about class, friendship and the fight against ‘the land’.  The characters are pitted against a landscape of mud, with the elements of nature working against them.  Just as they are about to succeed, the characters are pulled back into the mire.  Hence the film is entitled MUDBOUND, and also perhaps it is a metaphor used too often in the story.

The film is narrated by a few of the story’s characters but mostly by Laura McAllan (Carey Mulligan).  The story follows two families, one white, the McAllans, newly arrived from Memphis to his new farm in the Mississippi Delta.  The other, the Jacksons are coloured folk, sharecroppers who have worked the land for generations, but struggling to make a living.  Laura’s husband is Henry (Jason Clarke), a decent man, though stuck in his racist ways and they have two daughters.  The father-in-law is a racist pig.  The Jacksons are Hap (Rob Morgan), Florence (singer Mary J. Blige) and children.

The film setting is just after World War II.  The end of the war sees the return of Jamie McAllan (Garrett Hedlund) and Ronsel Jackson (Jason Mitchell).  The war allows the race barrier to be broken between the two war heroes but their friendship is not tolerated by the town, especially the father-in-law.  When it is discovered that Ronsel bears a son with a white woman (a German during the war), he is brutalized by the Ku Klax Klan.

Based on the novel by Hillary Jordan, and written for the screen by director Rees and Virgil Williams, the plot follow multiple stories divided between the two families.  Rees’ film flows smoothly with each story transitioning into another without the feeling of Rees acting like a cop directing traffic.

The film’s most unsettling scenes involve Hap Jackson’s infected leg, shown with all the pus and sores and the other the sudden appearance of the Ku Klax Klan.  Ronsel’s beating is also not easy to watch.  Rees gets her point across.  For a film about families working the land, Rees should have included more scenes depicting the hardship of toiling – though a few token ones are included.  The same goes for the war segments with one or two scenes in the tank and in the fighter jets.

The only trouble with MUDBOUND is the lack of one central character.  As the story divides between Laura, her husband, Ronsel, Florence Jackson and Jamie, the film loses its impact.  Still, MUDBOUND has nary a dull moment and gets its message that friendship and tolerance will save the day.

Ted Kennedy’s life and political career become derailed in the aftermath of a fatal car accident in 1969 that claims the life of a young campaign strategist, Mary Jo Kopechne.

CHAPPAQUIDDICK is a story not many non-Americans are familiar with. If this is not a story that needs be told, and if it is not an interesting one, it is one that questions the right thing that human being should do. Presidents of the United States have always lied when confronted with catastrophe, Nixon and Clinton being the best examples. This film questions the integrity of Ted Kennedy, which is correctly chosen to be the subject oft the film rather than the incidents that occur.

This become known as the Chappaquiddick Incident. Kopechne was trapped in a car that Senator Ted Kennedy drove off a bridge on Chappaquiddick Island, Massachusetts, following a night of festivities. Kennedy patriarch Joe (Bruce Dern), however, always considered his youngest son a ne’er-do-well — and he never let Ted forget it.

The party on Chappaquiddick reunited the “Boiler Room Girls” who had served on Robert Kennedy’s 1968 presidential campaign, among them Mary Jo (Kate Mara). Ted whisks Mary Jo away for a reckless moonlight drive that ends in tragedy.

But the more profound malfeasance begins after the drowning — itself dramatized here in harrowing detail — when a battalion of spin doctors gets to work on covering up the incident, using the Apollo 11 moon landing as a distraction. 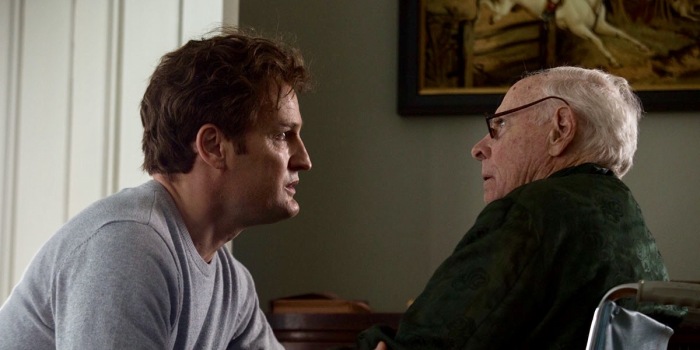 Although born and raised in Australia, he has never played an Aussie in an American production, thanks to his ability to speak flawlessly in American dialects.