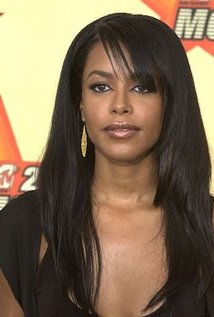 (August 25, 2001) Aaliyah and eight other people died in a plane crash on the return trip from shooting a music video in the Bahamas. The crash, which happened about 200 yards from Marsh Harbour Airport on Abaco Island in the Bahamas, was determined to have been caused by the plane being overweight by more than 700 pounds, and with one more person than the plane was rated for.

[interview in July 2001 with Germany’s “Die Zeit” newspaper that eerily predicts her death] It is dark in my favorite dream. Someone is following me. I don’t know why. I’m scared. Then suddenly I lift off. Far away. How do I feel? As if I am swimming in the air. Free. Weightless. Nobody can reach me. Nobody can touch me. It’s a wonderful feeling.

She died with 70 cents in the bank and $750 strapped to her leg — a reminder of her lifelong fear of poverty.

In 1959, narcotic addiction was a crime, not an illness. She was arrested on her deathbed.

Billie had no cabaret card and this kept her from working in New York City clubs for the last 12 years of her life.

[on Kathleen Hanna] I still don’t like her. She bugs me. Kathleen Hanna runs that ship [her relationship with Beastie Boy Adam Horovitz] in a way that is far more Yoko than I would be. I envision her being in a decked-out loft with a little corner for a desk that look like it belongs in a poor person’s East Village apartment, with her battered-women’s stuff and her Ms. magazines and all her communication with leading feminists.

Had three children with Maureen Starkey: Sons Zak Starkey (a featured drummer with The Who) and Jason (born August 19, 1967) and daughter Lee (born November 17, 1970).

[on his early drumming years with The Beatles] I started to be an engineer but I banged me thumb on the first day. I became a drummer because it was the only thing I could do. But whenever I hear another drummer I know I’m no good. [John Lennon] taught me the song I sing. I can only play on the off beat because John can’t keep up on the rhythm guitar. I’m no good on the technical things but I’m good with all the motions, swinging my head, like. That’s because I love to dance but you can’t do that on the drums. I figure we’re good for another four years. I don’t want to invest me money in stocks or anything. I just want to have it and draw 20 or 30 quid a week. The main thing is, I don’t ever want to go back to work.

[on meeting Elvis Presley in 1965] The saddest part is that, years and years later, we found out that he tried to have us banished from America, because he was very big with the FBI. That’s very sad to me, that he felt so threatened that he thought, like a lot of people, that we were bad for American youth. This is Mr. Hips, the man, and he felt we were a danger. I think that the danger was mainly to him and his career.

I don’t like talking. It’s how I’m built. Some people gab all day and some play it smogo. I don’t mind talking or smiling, it’s just I don’t do it very much. I haven’t got a smiling face or a talking mouth.

[on is marriage to Maureen Cox [aka Maureen Starkey] She’s just sort of ordinary, she’s from Liverpool. And the genuine fans wrote in saying, you know, “If you are going with her, good luck and I hope you’re happy”.

I never tried to prove nothing, just wanted to give a good show. My life has always been my music, it’s always come first, but the music ain’t worth nothing if you can’t lay it on the public. The main thing is to live for that audience, ’cause what you’re there for is to please the people.

All music is folk music. I ain’t never heard no horse sing a song.

What is jazz? Man, if you have to ask you’ll never know.

There’s some folks, that, if they don’t know, you can’t tell ’em.

If it wasn’t for jazz, there wouldn’t be no rock and roll.

[on being asked about his #1 song “Hello Dolly”] It sure feels good to be up there with [The Beatles].

A lotta cats copy the Mona Lisa, but people still line up to see the original.

“The Power of Love” from Back to the Future (1985) earned an Oscar nomination for Best Original Song.

On Elvis: A lot has been written and said about why he was so great, but I think the best way to appreciate his greatness is just to go back and play some of the old records. Time has a way of being very unkind to old records, but Elvis’ keep getting better and better.

During 1965-1966, before The Doors were established, Morrison, camping out on Venice rooftops, would peep on girls changing in neighboring apartments, recording everything he witnessed in notebooks (one of which survives).

Longtime girlfriend Pamela Courson died of a heroin overdose in 1974.

[Los Angeles, 1969] Let’s just say I was testing the bounds of reality. I was curious to see what would happen. That’s all it was: just curiosity.

I’ve always been attracted to ideas that were about revolt against authority. When you make peace with authority, you become an authority.

Music is a pure expression of joy.

The 1991 black and white music video for “Wicked Game” was directed by Herb Ritts, and featured Isaak and supermodel Helena Christensen.

The 1999 music video for “Baby Did a Bad, Bad Thing” was directed by Herb Ritts, and featured Isaak and French supermodel Laetitia Casta.

His father was a forklift driver/operator and his mother, of Peruvian decent, was a factory worker.

When he visits his mother, who is still living in his childhood home in Stockton, California, he still cleans the yard for her.

Was an amateur boxer while in college.

Bruce Weber shot the photo art for his self titled second album, “Chris Isaak” in 1986.

You have to be thankful and I think being in this business is one of the most important things is to give back because there’s no better feeling than knowing that your work is being appreciated by people.

One of the most terrible feelings in the world is knowing that someone else doesn’t like you. Especially when you don’t know what you’ve done to deserve it.

Though Carly sang the popular theme song “Nobody Does It Better” from the James Bond film The Spy Who Loved Me (1977), this was not her first liaison with 007. When she (then 20) and sister Lucy (22) were traveling on a liner from England to New York in 1965, they met Sean Connery (35) who invited them to his cabin for drinks and later proposed a ménage à trois. They purportedly declined and the proposal was later coined a “Simon sisters sandwich” by their friends.