Skip to content
HomePosts tagged 'Richard Madden'
Two young British privates during the First World War are given an impossible mission: deliver a message deep in enemy territory that will stop 1,600 men, and one of the soldier’s brothers, from walking straight into a deadly trap.

Two young British privates during the First World War are given an impossible mission: deliver a message deep in enemy territory that will stop 1,600 men, and one of the soldier’s brothers, from walking straight into a deadly trap.

Clearly the best film I have seen in 2019 – hands down – in terms of action, cinematography, direction, performances an art direction.  There is no greater pleasure than watching an almost perfect piece and 1917 is a minor masterpiece.

The story or film is based on, according  to the closing credits to stories told by Lance Corporal Alfred Mendes.  It is assumed that these stories were told to director Sam Mendes (SKYFALL, ROAD TO PERDITION, Oscar for Best Picture: AMERICAN BEAUTY) as grandfather to grandson.  The situation is that Blake (Dean-Charles Chapman) and Schofield (George MacKay) are two Lance Corporals – and messengers.  At the height of the First World War during Spring 1917 in northern France, the two young British soldiers (looking very much like boys enlisted before age, as seen in last year’s riveting documentary THEY SHALL NOT GROW OLD by Peter Jackson, an excellent companion piece to this film) are given a seemingly impossible mission to deliver a message from a general (Colin Firth) which will warn of an ambush during one of the skirmishes soon after the German retreat to the Hindenburg Line during Operation Alberich.  They race against time, crossing enemy territory to deliver the warning and keep a British battalion of 1,600 men, which includes Blake’s own brother, from walking into a deadly trap. The pair must give their all to accomplish their mission by surviving the war to end all wars.

Director Mendes and writer Krysty Wilson-Cairns up the angst with Schofiled damaging his hand wth barbed wire at the start of their mission.  In less than 15 minutes, an unexpected explosion (one that will surely cause many an audience to literally jump out of their seats) almost leaves him dead buried under a huge pile of rubble while the shaft they are in begin to collapse under more explosions.  The element of surprise (or shock) is ever present, so do not expect any periods of calm.

The most amazing achievement is the film’s cinematography by Richard Deakens.  The beginning sequence where the two make their way along the trenches is done in seems to be one long take, marvellously and miraculously executed in what is cinematic wonder and grace.  Apparently the effect of the one continuously long take was achieved by both elaborate long shots and choreographed camera movements. The camera is always in front of the two running men, showing their expressions of fear and anxiety where the background reveal the horrid conditions of the trenches and the other soldiers.  Another great feat is the crashing of a German bomber plane almost on top of the lance corporals.  That segment marks not only the film’s best segment but the one that changes the whole course (the spoiler will not be disclosed in this review) of the story.

The horror of WWI is revealed in all its goriness from the dead bodies, the rats, mud, crows and bleak skies.  It is a dystopian landscape that depicts the end of the world as seen by anyone on 1917 Northern France.  The music by Thomas Newman is appropriately scored.

The film’s comes with a message as delivered by Colonel Mackenzie (Benedict Cumberbatch) that hope can be a very dangerous thing.  Ironically, the opposite of this message is delivered in another Christmas film, JUST MERCY.

A musical fantasy about the fantastical human story of Elton John‘s breakthrough years.

You got to love it when a subject executively produces his own biopic.  And even more when the subject is Sir Elton John.

Elton John is world famous and known for his outrageous performances, flashy costumes an controversial remarks.  His biopic, directed by Dexter Fletcher and written by Lee Hall who wrote BILLY ELLIOT) opens with him in bright orange gear, entering a bright light, which the audience assumes is going to be a grand stage, but turns out hilariously to be the room for an Alcoholics Anonymous gathering.  As the orange clad figures discusses his life, the biopic relates the story of one of the world’s best signer/songwriter from little boy to the present.

The film’s next scene has Elton as a little boy in a song and dance number that is immediately reminiscent of Ken Russell’s THE WHO musical TOMMY where little Tommy is inserted in a number called “Bernie’s holiday camp”.   Russell’s TOMMY has important significance to Elton John as he had a cameo role in the film as the pinball wizard, with the popular song later performed in its full entirety by John in the biopic.

By inevitable comparison to the recent BOHEMIAN RHAPSODY (Director Fletcher was named the replacement director for BOHEMIAN RHAPSODY and helped finish that film though only Bryan Singer received director’s credit) which won 4 Oscars including the Best Actor prize for Rami, ROCKETMAN is more enjoyable to this reviewer for 2 reasons.  This reviewer is a true Elton John and not a Queen fan, and so every song crooned in ROCKETMAN brings both nostalgia and joy.  The film is also splashy and more daring (the sex scene that was left intact in the film, according to the Daily Mail article, compared to RHAPSODY where there were no sex scenes).  The sex seen in ROCKETMAN, with John and his lover doing the nasties both butt naked in bed is sufficiently eye-opening though no intercourse is actually on display.

Both Tagor Egerton as Elton John and Jamie Bell (BILLY ELLIOT and THE ADVENTURES OF TINTIN) as his lyricist and friend, Bernie Turpin are close to perfect in their roles.   Elton John has himself praised Egerton’s performance in the film.  What could be a better complement?  Egerton also gets the Elton John mannerisms down pat to a ‘t’.

ROCEKTMAN which clocks just over the two hour mark reveals both the genius and demons of this talented individual.  Owing to the nature of the subject, the downward spiralling of John is still glamorously displayed and neither dismal looking nor dull.  One prime example is his diving in the pool fantasy sequence where John meets his boy-self at the bottom playing ROCKETMAN on is toy piano.

A few facts on his life are missing on the screen most notably his spat with Madonna and his knighthood.  These would have added even more spice to the otherwise heavily layered dessert.

ROCKETMAN has been chosen as the Opening Night film for Toronto’s 2019 LGBT Inside Out Film Festival.  This weekend the film goes head-to-head competition with two other blockbusters, GODZILLA 2 (Ugh!) and MA.  Elton John fans around the film should (their numbers alone) make ROCKETMAN the number 1 at the box-office.  ROCEKTMAN deserves to be, anyway. 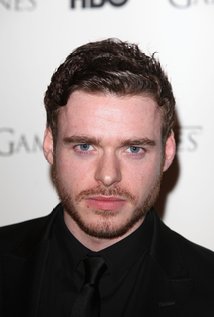