An expectant couple’s intimate weekend turns to terror as they discover their secluded country inn is a haunted maternity home where infants and mothers were murdered.

The words ‘Inspired by True Events’ splashes on the screen at the film’s start.  This of course, can mean very little these days but here this means something as the film’s plot is actually based inspired by the early 20th century “Butterbox Babies”.

The story centres on a couple, Rae (Suzanne Clément) and Liam (Allan Hqwko).  Hawko is a music songwriter trying to make it in the music business while Rae is an expecting journalist suffering from Post Stress Traumatic Disorder (disorder that develops after exposure to a traumatic event or experience with symptoms that may include flashbacks, nightmares and intense feelings of fear or horror).  Their intimate weekend turns to terror as they discover their secluded country inn is a haunted maternity home where infants and mothers were murdered.

The film has a slow and moody first half.  Not much happens and what transpires on screen is predictable.  All that happens is  the discovery of the Inn being the former Mercy home by the pregnant guest where babies are taken away unknowingly from unexacting unwed pregnant mothers.   Director Melski uses the screen time to create a menacing atmosphere for the visiting couple.  The woman is a journalist (how appropriate as this allows her to have an investigative nature as well access to archive news) who suffers from PSTD (how appropriate as this allows her to have hallucinations)

Shelley Thompson from ‘The Trailer Park Boys” deserves credit for her role as the inn’s manager, Monica.  She is always cheery, appearing at times when least expected or when most inconvenient to her guests.  There is always something creepy about a person who always has a wide smile on her face, and Thompson nails this creepiness 100%.  Multiple Award winner Quebec actress Suzanne Clément, best known for her roles in Xavier Dolan’s films is also a pleasure to watch as the tortured character.

The film contains an unexcited twist in the plot at the end (when the audience realizes what the title of the film refers to – quite clever).  Trouble is that it is quite unbelievable for the reason that for it to happen, it will be too much of a coincidence.  The film, besides being a psychological thriller is also a ghost story so one also has to believe that ghosts not only exist but come out of the woodwork to harm the characters.

Despite all that is going for Melski’s film, THE CHILD REMAINS fails to engage the audience in its tale for a number of reasons.  The first is credibility.  The two items of  supernaturally and true events do not go together.  The other is Melski’s display of his protagonist, Jen’s character. In one scene, she is shown handing over the ointments in her room because they are chemical, which is a rude gesture.  She could have just left the ointments in the room.  In another, shed closes her lap top when Shelly is looking at the image of her baby in her womb, which is another rude gesture.  She also snaps he boyfriend and nags once too often, which makes one wonder the reason he is still putting up with her, and especially when she has PSTD.  If Melski wants the audience to route for his heroine, he should have her display a more likeable personality.  When all the plot points are finally revealed, Melski unfortunately turns his film into a horror slasher flick.

The film sends a a new meaning to the words “Inspired by True Events”.   The story may be inspired by true events but it may be totally hokum!

A hectic wedding party held in an 18th century French castle comes together with the help of the behind-the-scenes staff.

Directors Olivier Nakache and Eric Toledano can best be remembered for their bubbly comedy LES UNTOUCHABLES.

The target this time is an extravagant wedding at a chateau where all the servers have (and forced to wear) valet costumes including white wigs. The story is told from the point of view of the the wedding caterer manager, Max (Jean Pierre Bacri) a battle-weary veteran of the wedding-planning racket.

This gig turns out to be a hell of a fête, involving stuffy period costumes for the caterers, a vain, hyper- sensitive singer who thinks he’s a Gallic James Brown, and a morose, micromanaging groom determined to make Max’s night as miserable as possible.

His personal life also comes into chaos as Joisette (Xavier Dolan regular Suzanne Clément), seems to have written him off, coolly going about her professional duties while openly flirting with a much younger server. This is an ensemble work, like Robert Altman’s THE WEDDING, but more commercial, more French but less of a biting satire.

The comedic set-ups are funny enough, most of them working and keeping the audience happy with laugh-out loud humour. 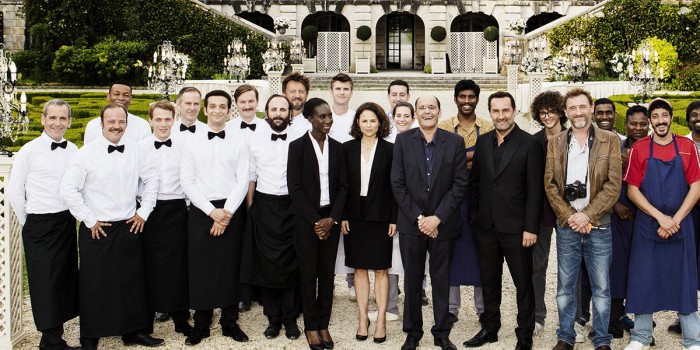 In this whip-smart drama about corporate sexism, top French star Emmanuelle Devos plays a high-ranking female executive who is forced to consider her options and marshal her forces when she realizes that the glass ceiling is fast approaching.

Tonie Marshall’s corporate drama NUMERO UNE has high hopes for women, the director herself being one of the top French directors today. The story charts the climb to first place of a female business executive, Emmanuelle (Emmanuelle Devos) to head a top CAC 40 (French Stock Market) company.

She is very good at her current job, as seen in many sequences, even speaking and singing Chinese songs with Chinese executives in her environmental friendly wind turbine company. She is wooed by a feminist group to head Athena, though this comes at a cost of her husband (John Lynch) losing his job and other nasties.

The film itself has high hopes but gets bogged down by having one too many subplots which include, Emmanuelle’s sick father (veteran actor Sami Frey), her marriage problems, blackmail and other assortment of problems.

Still Devos (READ MY LIPS, KINGS AND QUEENS, UN PROPHET), as always is a pleasure to watch, and so is the film, despite its flaws. 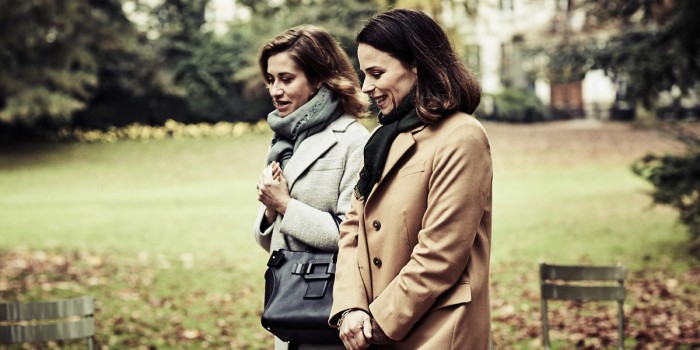