The trials and tribulations of a compulsive writer, Melvin Udall. After his homosexual neighbor is brutally beaten, he is entrusted to the care of the neighbor’s dog, with a difficult relationship with a waitress to add on top of that. What develops is a weekend trip/triangle between these three individuals, and together they learn the true meaning of “the sunny side of life”.

I had plans to go out and was about to turn off the television and leave when As Good as it Gets came on. The beginning grabbed me so I a decided to watch the first 5 minutes. Next thing you know it’s 2 hours later and my plans changed. I was touched from the first to last minute in this film. I laughed. I cried. I got angry. I just had a smile on my face when the credits finally went up and the movie ended. It got to me. Even though I’ve seen the film before, it was like I’ve watched it for the first time.

That’s because I first saw it in my early 20s and I had no idea what life was about as I was in that “I think I know everything stage.” That stage in my life where you would call me a classic idealist (aka – a moron). I believed certain things because life was just easier that way. The more absolute truths you have the more it helps you to not deal with your fears. So you can pretend that they aren’t important because your phony ideals have told you that. So the first time I watched As Good at it Gets, it contradicted the many foolish thoughts I had at the time and I decided that this was a goofy film with no point. How wrong I was and 12 years later after a second viewing this film showed me how much I’ve changed. And thank god for it.

The tale of the blue color waitress, the obsessive compulsive novelist, the gay artist and the cute dog. Put them all together and you have yourself a film that will stand the test of time.

There’s something extremely charming about As Good as it Gets that makes this a special film and I think I figured out how they did it:

This film is a bundle of emotions. It’s dramatic, it’s funny, it’s sad and it’s very uncomfortable to watch at times. But uncomfortable in a good way because it’s so true to life and pretty much anyone can relate with some or all of the characters in the film. We keep watching because it’s almost like we’re rooting for ourselves. We want them to do what we want to do in our own lives but perhaps are too scared to or just not smart enough at the time to think about doing it. As Good as it Gets is an interesting title because it’s only as good as it gets when you try your best for what you want. If you don’t try it’s just not that good.

In its storytelling roots this is a film about growth. How you can change for the better no matter how jaded or old you are. And we tend to want to change for the better because another person in our life has touched us so much we demand to be a better person from ourselves because of it. There is nothing more motivating to be the best for yourself in an attempt to gain respect from someone you care about. It’s human nature to do this. And it’s the special people in the world that do it.

Both leads earned Oscar awards for their performances and in hindsight they really deserved it. Helen Hunt gives a remarkable performance playing the waitress who has been forced to give all of her life to her sick son. She’s a smart one but someone that you would call street smarts. She’s been through a lot of tough times and you can see it in her eyes. And Jack Nicholson plays the successful novelist who has a high degree of obsessive compulsive disorder. The guy who’s greatest strengths are that he’s incredibly focused and obsessed with his own thoughts, which are also his greatest weaknesses. But there’s something inside of the soul of that waitress that he’s extremely intrigued about and it sets off a chain of events.

It all begins with the dog. I never understood man’s relationship with dogs at all. I always thought it as a thing people get so they have someone who they can love no questions asked because they are after all the ones who feed them. Of course things aren’t that black and white and As Good as it Gets taught me that. The dog opens up the emotional can that has been buried inside of the novelist’s soul for a long, long time. Because he begins to care about the dog, it opens up more thoughts from his insides and he realizes that things must change.

Changing yourself is a long process and it usually takes a lot of growing pains to succeed at doing it. We humans really like to condition ourselves and it’s hard to get out of that because it’s just too damn hard. So this is essentially what this story is about. What a man must do to break his negative patterns. Because if he does he might, just might, get himself an amazing woman.

Great film. And a film that taught me how much I’ve changed my own negative patterns but how far I still have to go. 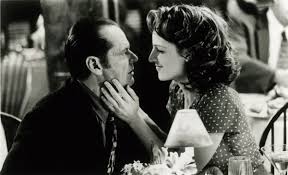 Actually, you wouldn’t believe how many people come up to me and say ‘This is my fantasy: to be in bed with Lisa Simpson and have her say “Oh more, more!”‘ What is the matter with you people? This is sick! — on the Australian talk show “Denton”.

It’s usually character stuff that I’m offered unless they want a real offbeat leading role. Most of the time, I’m everybody’s best friend. Or their annoying friend. It’s like the story of my life. I will never get to play the Cinderella roles.

In my dreams, I was Rita Hayworth, Kim Basinger. I just wanted to be that long, tall drink of water with flowing blond hair and large blue eyes and cheekbones you could actually see – you know, be that. And I wasn’t, so I hated myself. I’d beat myself up, tear myself to shreds. Now I’ve made peace with it. I don’t mind it at all; I’d rather be who I am. It’s comfortable. It’s me. I got weary of putting so much energy into hating myself”.

Being a part of “As Good as It Gets” was a great job for me. It was fun taking a bit of a break from playing Lisa Simpson and doing real actual live-action camera work. I enjoyed having the honor of working with Jack Nicholson, Helen Hunt, Cuba Gooding Jr. and Greg Kinnear. And especially that cute little dog. Overall, I enjoyed working on the film, and I wish I at least got an Oscar nomination.