Episode Titled: Beyond the Wall

Jon and his team go beyond the wall to capture a wight. Daenerys has to make a tough decision.

As predicted, Jon Snow’s northbound traipse has ended in absolute disaster. Not only is Daenerys down a dragon, but now, the Night King has added Viserion to the ranks of the White Walkers. Killing the Undead is hard enough as it is! Real talk: why did Dany take all three dragons up North in the first place? When her Dothraki Horde went up against the Lannister Army, she only brought along Drogon.

The only clear explanation is that Dany’s got a crush on a certain boring brooding bastard. Daenerys’ conversation with Tyrion regarding naming an heir for her kingdom is yet another sign that the plot of this season is clumsily stomping towards a hookup between Jon and Dany.

This was an episode that proves that nobody in this show ever learns anything. Sansa, who somehow can’t seem to remember how this situation ended up for her father, is sending Brienne of Tarth to her death by making her respond to a summons at King’s Landing. Sansa’s poor strategic and leadership skills are starting to get a little exhausting.

Once again: what the hell does Littlefinger want, other than to stir the pot? In past seasons, his motivations have been a little clearer, as it’s established that he carried a serious torch for the previous Lady of Winterfell, but ever since Catelyn’s downfall at the Red Wedding, Littlefinger has been slouching and scheming around the Seven Kingdoms with no Modus Operandi other than a vague
interest in boning Sansa.

Predictions for next week’s season finale: at least one of our important major characters is going to die.

Knowing how this series works, there’s no way all of these characters are going to live until next year’s premiere. My money is on Brienne when she goes to King’s Landing, or possibly Cersei at the hands of Jaime. The White Walkers, armed with their new dragon, are going to successfully attempt to storm the
Wall. Sansa is going to continue making irresponsible decisions, and Littlefinger is going to lurk menacingly around a corner. 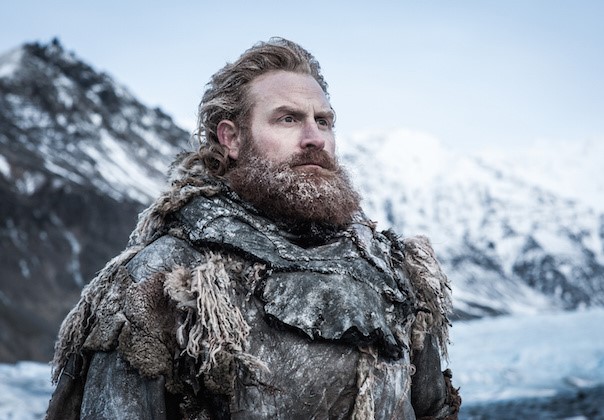