Skip to content
HomePosts tagged 'Colm Feore'
A lonely widower battles his family, ill health and time to win a competition for a golden ticket to space.

ASTRONAUT belongs to the genre of old-fart films where the protagonist is a senior and has to come to terms with age and usually makes good, be it in romance or achieving ones final goal in life.  Thankfully, it is the latter.

The protagonist is 75-year old widower Angus (Richard Dreyfuss) who lives with his daughter’s family.  His son-in-law, Jim (Lyriq Bent) convinces the daughter, Molly (Krista Bridges) to move Angus into a retirement home.   His life seems over; he feels worthless and alone.  But Angus’s long extinguished dream is reignited when an exciting national competition is announced.  The prize is one golden ticket for a trip to space!   Way past the age limit at 65, he doesn’t have a chance.  But spurred on by his grandson, Barney (Richie Lawrence) Angus fudges his birthdate, and enters the competition.  Against all odds, he must battle against prejudice, ill health, and win the contest.  Angus discovers too that the rocket is not safe, being a civil engineer.  A subplot requires him to tell the organizers of the problem but no one would believe an old man.

The film’s best parts is surprisingly nothing to do with his space trip.  It is his realization that he has to move and adapt into a retirement home.  From the looks of the home, it is quite attractive, spacious and grand and I doubt that anyone including myself (when I am old, of course) would mind staying there.  One feels for Angus.

The film features a mixed raced family, husband (African American) and wife (white), something much more common in films these days.

The film’s subplot concerns Angus Stewart’s family. The son-in-law has loses his job for standing up for his principles.

ASTRONAUT is in part another Richard Dreyfuss vehicle.  For those who remember, Dreyfuss won an Academy Award for his role in THE GOODBYE GIRL primarily for the scene where he made audiences cry when he played an actor realizing in his dressing room how bad his performance was as a crippled Hamlet.   Dreyfuss plays a senior inches in ASTRONAUT and it was not that long ago when audiences saw him as a teen in AMERICAN GRAFFITI and in the other space film, Steven Spielberg’s CLOSE ENCOUNTERS OF THE THIRD KIND.

The other performance worthy of mention belongs to Native Canadian (born on the Six Nation Reserve in Ontario, Canada) Graham Greene (best remembered in THUNDERHEART) who plays  a fellow resident  of the retirement home.  He is to given much to say but still makes a screen presence.

ASTRONAUT is McLeod’s first feature and it shows.  The film meanders from being a family conflict drama and a space adventure while not satisfying either.  The one thing going for the film is Dreyfuss’ performance.  Dreyfuss had at one time turned into the most annoying actor on the planet, but his controlled acting here shows the actor this best when he was in films like JAWS, CLOSE ENCOUNTERS OF THE THIRD KIND, THE GOODBYE GIRL and THE BIG FIX.

The film has a odd tacked on sort-of happy ending that could have been better though of.

A revolutionary medical technique allows an undercover agent to take the physical appearance of a major criminal and infiltrate his organization.

There is a creepy feeling when watching Face/Off. The main theme of this action packed drama is about dealing with loss and death as Travolta’s character is having an extremely difficult time getting over the murder of his son. Of course fiction became truth later on as Travolta lost a son in real life. So when you’re watching these scenes you can’t help but feel for the real life actor who is crying on screen for his son’s loss, even though it hadn’t happened yet.

I remember when this film came out in 1997 and how much I enjoyed it as a 20 year old kid. My friend Wes Berger and I were what you call teenage idealistic film buffs as we used to go to the movies weekly and see as many foreign and independent movies as we could living in the Niagara Region. To some we were also film snobs, looking down on all of the shoot em up blockbusters that were beginning to hit its peak. But we weren’t ashamed to admit that we both liked Face/Off enormously because it seemed to have a nice psychological edge to it while filled with incredibly unrealistic but exciting action moments.

This was also the time when both Travolta and Cage were at their peaks professionally. Cage in particular was coming off his Oscar win for Leaving Las Vegas as was considered one of the best actors on the planet. That comment seems kind of silly in present day, as Cage is considered kind of a hack, as he continues to do about 3-4 poor films a year. In 1997 Cage had his whole career ahead of him and was in considerable demand in Hollywood. So having Travolta and Cage in this action romp in 1997 caused a lot of attention for me and my friendly film snobs. Perhaps John Woo’s film was more than just blow em up!

There are some interesting moments in Face/Off as Woo sure is a fine director who makes a lot of unique choices to heighten the excitement and emotions in the film. The only thing I remember talking about with people afterwards was the key question – Was Cage better at playing Travolta? Or was Travolta better at playing Cage?

Questions like this is what 20 year olds growing up in the Tarantino generation discuss. Even though in hindsight these are wasted conversations, at the time I do remember having fun with it. My friend Wes was on team Cage as I was on team Travolta. And the circle talk of meaninglessness began for hours on end. Both actors really chew up the scene as they seem to be acting in a strange land of over-the-top-ness while the other actors around them are grounded in reality. The performance of Travolta’s wife (who became Cage’s wife but was actually Travolta – it was confusing!) in particular stands out. Joan Allen pulls off a fantastic performance in the film without anyone really realising it. I remember even at age 20 how pulled in I was by her character. Perhaps today that role would of went to some 30s supermodel who would only be capable of just playing the beats in the script and nothing more.

Face/Off is a fun film even today as I really was impressed how much it stands up. That same year Cage acted in another action film, Con Air, that really doesn’t stand up at all and is almost laughable in its action executions to today’s 21st century world.That says a lot about John Woo. In Face/Off, Woo directs all of the action sequences with the emotions of the character’s angst and inner conflicts. So when Travolta for example is involved in a boat chase with Cage, we as the audience are hooked in because we just previously saw a scene of his struggles to survive the pains of his son’s death. So there is context in the action without just having the action. So his films hold up generation after generation because we feel while the guns are a blazing across the screen. 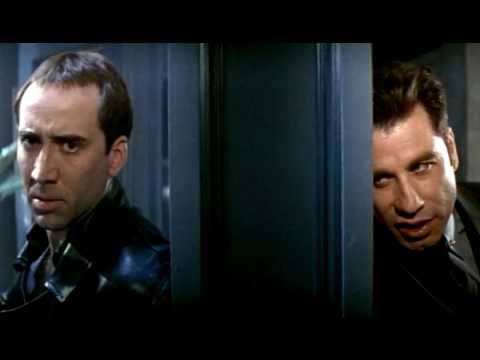 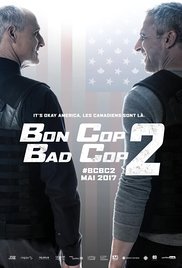 A francophone cop and an anglophone RCMP officer reunite to investigate a large car theft ring led by an Italian mobster.

It is a wonder the reason it took a full 10 years before the highly box-office successful ($12 million) and quite funny sequel to the 2006 BON COP BAD COP to emerge.

The title, a French take on the GOOD COP BAD COP cop genre mentality, again features David Bouchard (Patrick Huard), the rule-bending, francophone detective for the Sûreté du Québec and Martin Ward (Colm Feore), the by-the-book anglophone Ontario Provincial Police detective. The bilingual detectives must once again resolve their professional and cultural differences as well as their bigotry and prejudices to solve a case. When the film opens, Dave is undercover on a car heist job when Martin and his men break into the garage. Following the events of the first film, Martin Ward (Feore) and David Bouchard (Huard) have remained friends but have gradually grown apart as their lives and careers have taken them in different directions; Ward is now a senior officer with the Royal Canadian Mounted Police. In the present day, they are reunited to investigate a car theft ring which turns out to be a front for a much bigger terrorist plot.

Quebecois actor Patric Huard seems to have taken more than he can chew. In the sequel he is producer, writer and main actor. The first was written by Huard and 3 other writers, and this one he tackles the whole task alone. While the script contains a few genuine brilliant bits, especially concerning Canada’s American neighbours, but the script is far from funny and dips into too much sentiment. If Martin is not working hard enough and suffering from a degenerative motor-malfunctioning disease (the Lou Gehrig disease), Dave is faced with a neglected wife. And if that is not enough, Dave’s son has gone bad and almost gets himself killed. The script also contains a few discontinuity problems. At the start, during the illegal vehicle takedown, Martin is heard telling his men over the wire that Dave, while taking him hostage is undercover. Why then in the next scene, does Martin insist on Dave beating him up to convince his men of his escape? The car chase at the film’s start also has continuity problems. (The same background of the Toronto highway and viaduct is shown twice at different parts of the chase.)

BON COP BAD COP 2 is the kind of film that will make the big bucks in French Canada. Huard also brings in the national game of hockey for additional boost. But English Canada will likely stay away from this film, and even more so for the southern neighbours, the Americans, especially when they are insulted this much in the film.

The film is shot in both French and English. Feore proves himself to be quite the bi-lingual actor, cursing all the time in French like a true natural. Feore and Huard make a good team in the film.

Number 2 is not as funny as the first (which I recall was very entertaining), and not even as exciting.