Marlina lives quietly in Sumba until one day a man named Markus and his gang tries to rob her house and she kills him. Eventually, she is haunted by Markus, and her life turns in 180 degrees.

Marlina (Marsha Timothy), recently widowed is unable to pay her husband’s funeral services. A troupe of ugly and unforgiving men use this excuse to take her livestock and have their way with her.

But they are not prepared for the fury of this woman, in this revenge fantasy where women are warriors and will take no shit. Marlina poisons them with a soto ayam (local chicken soup dish) dinner and beheads Markus, the head of the gang, as she is riding him.
Marlina the Murderer in Four Acts (Marlina si Pembunuh dalam Empat Babak), titled THE Robbery,

The Journey, The Killing and The Birth is a slow moving, arty though no less engaging piece of storytelling that will grab one from start to end. Humour is deadpan and always present as Marlina takes a bus with the head of Markus to make a report at the nearest police station. She meets a pregnant neighbour who also has man trouble.

A stylish but violent film proving Surya as a fantastic storyteller. The film is set on an island in East Indonesia shot in Malay. 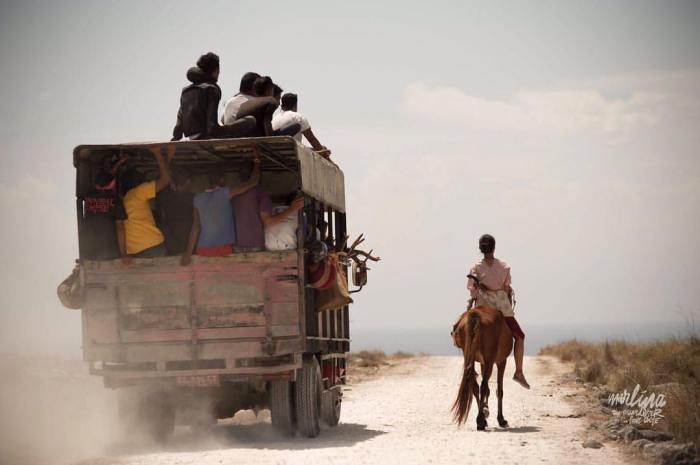