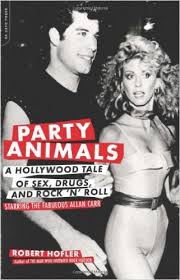 Armed with a limitless Rolodex and a Benedict Canyon enclave with its own disco, Allan Carr threw the Hollywood parties that defined the 1970s. A producer, manager, and marketing genius, Carr built his bombastic reputation amid a series of successes including the mega-hit musical film GREASE, until it all came crashing down after he produced the 1989 Academy Awards, a notorious debacle.

Those who remember the fabulous documentary TAB HUNTER CONFIDENTIAL screened at Inside Out two years back can expect the same fabulousness in director Jeffrey Schwarz’s new documentary of another Hollywood larger-than-life figure.

The subject is gay producer and promoter Allan Carr (before known as Alan Solomon). Carr is a short, fat little man but did not let his non-fabulous features stop him from being the celebrity and everyone’s darling party organizer. Carr has to his credits, the films GREASE (the highest grossing film of 1978), CAN’T STOP THE MUSIC, LA CAGE AUX FOLLES and also the infamous Snow White at the 1989 Academy Awards.

But the film also traces his disastrous flops like GREASE 2 and WHERE THE BOYS ARE. Schwarz captures all the glamour of Hollywood and its stars, from the eyes of Carr who narrates a fair part of his autobiography.

The film contains lots of nostalgia with lots of film clips from oldies and goodies like GREASE with a few archive footage of the old Hollywood gay scene.

But most important is the fact that the film also tells the truth about the real Carr – warts and all and, as his personal assistant describes, his Jekyll and Hyde behaviour.
_________