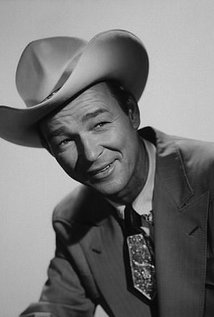 In his autobiography, “Happy Trails: The Story of Roy Rogers and Dale Evans,” the former Leonard Slye stated that his stage name of Roy Rogers was given to him by executives at Republic Pictures when he became their new singing cowboy to replace Gene Autry. The Rogers came from Will Rogers, the beloved western comic and storyteller who had recently died in a plane crash in Alaska and Roy was made the first name because it is the French word for “king,” as in “Roy Rogers, King of the Cowboys.” Roy said he had no input at all in the renaming decision.

When Burt Lancaster walked onto the set the first day of shooting of The Young Savages (1961), he was startled and dismayed to see the camera on the floor, aiming upward. Lancaster had never before worked with a director who used such innovative camera angles. He grew to trust Frankenhiemer, and they made four more films together.

On October 5, 2014, she was seen at her apartment in Auburn, Washington. Her father called police on October 6th saying that she was missing. Police stopped her father from going after her, instead they searched her apartment and felt that she left of her own volition; and have not officially declared her missing. As of October 12, 2014 she had not contacted family or friends. On October 16, 2014, family and friends found a body in a ravine that they believed to be hers. Despite pleas from the family the police refused to help with search and rescue efforts. She was one of a 1000+ missing Native women whom the police never searched for.

On Reagan: “I knew that being his wife was the role I wanted to play.”

[about her husband] “What can you say about a man, who on Mother’s Day sends flowers to his mother-in-law, with a note thanking her for making him the happiest man on Earth?”

Bob had an extraordinary career in both movies and television. Just when it seemed he was ready to retire, he always found a new project that kept him busy and filled with wonderful stories. – in response to the news about the death of friend/actor Robert Stack

[on former White House press secretary Jim Brady]. He had a certain twinkle in his eye and a way of letting you know that he knew what he was doing and everything would be all right. He had a zest for life that was infectious. He loved to hear or tell a good story, laughed easily, could see the silver lining in even the darkest cloud, and made the best chili in town!

Dryer started his professional career on the football field in 1969, when he was drafted by the New York Giants in the first round (the 13th pick overall). But as he didn’t like New York very much, he left the Giants and returned to California to play for the Los Angeles Rams, which he did from 1972 to 1981, when he retired.

In 1982, Fred auditioned for Cheers. One of 3 finalists, he lost the male lead to actor Ted Danson. Later, he made several guest appearances on the show as Dave Richards, Sam’s former Boston Red Sox teammate turned sportscaster. In 1984, Fred was chosen to play the leading role of the TV series Hunter: LAPD Homicide Detective Sergeant Richard Hunter, a mobster’s son turned cop. Hunter, created by Frank Lupo and produced by Stephen J. Cannell, is TV’s version of Clint Eastwood’s violent big screen cop Dirty Harry. Hunter’s partner is Sergeant DeeDee McCall, a beautiful and tough widow, known around the squad as “The Brass Cupcake”, played by Stepfanie Kramer. Hunter ran on NBC from 1984 to 1991.

He was hired for October Sky after having the casting directors believe he was actually from the South, as his character, even though he grew up in New York.

She was nominated for Broadway’s 1990 Tony Award as Best Actress (Play) for portraying Portia in Shakespeare’s “The Merchant of Venice”. 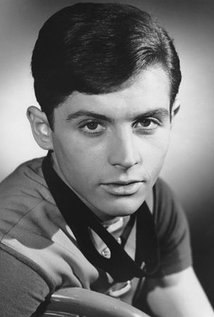 Wrote an autobiography, “Boy Wonder: My Life In Tights”, in which he described his experiences on the set of the television series Batman (1966), his relationship with co-star Adam West and his sexual escapades with his fans.

When asked to give a speech at Harvard about his role on Batman (1966), he brought the original costume, said to be valued at a half-million dollars. Some students came up to him dressed as security guards and told him they would keep the costume safe. Then in the middle of the speech, one student stood up and asked, “When is a costume not a costume? When it’s stolen.” The lights dimmed and the students grabbed the costume and made off. After snapping pictures with one another in the cape, they later called Ward and gave the costume back. The ringleader of the gang? Harvard Lampoon editor Conan O’Brien. 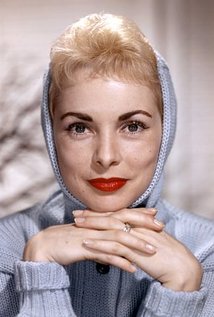 Eloped at the age of 14 – marriage was later annulled. Thus, Tony Curtis was her third husband when she married him in her 20s.