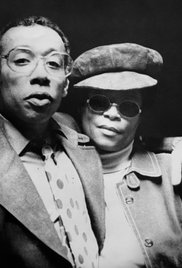 I CALLED HIM MORGAN (Sweden/USA 2016) ***
Directed by Kasper Collin

The person who calls Morgan, Morgan in the film title is Helen, Lee Morgan’s common-law wife who shot him at the New York jazz club Slug’s Saloon when Morgan was 33 years old.

The documentary traces all the events that lead up to this sad state of affairs. Helen was interviewed after her release from prison, just a month before she passed away,

The film succeeds on several levels – as a jazz history on talented trumpeter Lee Morgan – his fight against drugs; the crime of the shooting as well as Helen’s redemption serving the Christian church. Others interviewed, who put a perspective to the proceedings are drummer Albert Heath, saxophonist Billy Harper, and legendary saxophonist and composer Wayne Shorter.

An absorbing and fascinating documentary on how strange life can turn out to be – and how one can learn to control life or let bad things just happen.