Jesus (Nicolás Durán) is a story of one troubled youth set in the Chilean capital of Satntiago as told from the point of view of the boy, Jesus himself. Things take a spiral downwards after Jesus’ group loses a boy bands contest. Jesus in not in school nor working, straining the relationship between him and his father (Alejandro Goic) who frequently works out of the city.

Guzzoni loves to shoot in the shadows as in the very violent scene where Jesus and friends beat up a gay youth in the park and the two argument segments where father and son are shown in silhouettes in the car. The beating up scene is really violent and almost unbearable to watch. But Guzzoni shows a redemptive side of Jesus as he feels guilt for the deed.

Jesus is also not shown as homophobic as he himself indulges with a same-sex act with his friend. But the film finally reveals that its main focus is the father and son relationship. Guzzoni’s film is not an easy watch but it is unpredictable and gets one in the guts. 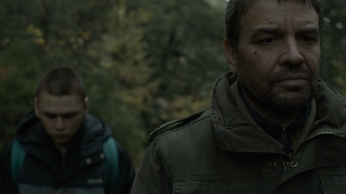 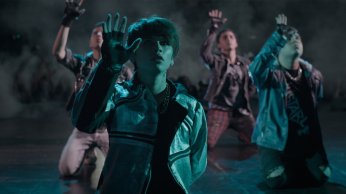