THE DUELIST is a very accomplished film very handsomely mounted and shot in IMAX and a film that has to be seen in IMAX. The period setting shows aristocratic Russia and is set in both Russia and Germany.

The audience is introduced to the rules of nobility as well as the rules of duelling. The film centres on dashing Yakovley, returning to Saint Petersburg after a long exile. Yakovley makes a comfortable living by winning other people’s duels. An enigmatic, focused, and extremely skilled professional, he leaves a trail of dead bodies behind him as he swirls through polite society, frequently called upon to wield a pistol as a surrogate in duels at dawn.

But when Yakovlev meets the naïve young Prince Tuchov and his beautiful sister, Princess Martha, the normally cold-hearted mercenary is surprised by hitherto undetected emotions. He falls in love. The film has magnificently suspenseful duels as well as some graphic scenes of flogging. 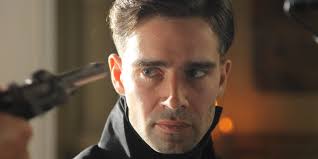