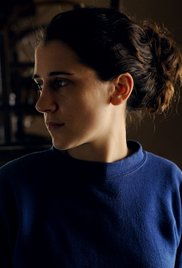 Writer/director Leach’s debut feature is a meticulously executed piece proving her a new force to be reckoned with. Leach does marvellously with her material while eliciting almost perfect performances from her two leads.

The script balances both characters and none are totally in the right or wrong. Clover (Ellie Kendrick), the film’s clearheaded young protagonist, comes home to Somerset after learning that her younger brother Harry has committed suicide. There she is met by her sullen father, Aubrey (David Troughton), a brooding hulk of a man whose past woes have derailed his life.

Quiet and dour, wishing never to express himself, he finds himself trapped in quiet anger. The farm is in disrepair. Recent floods have rendered the main house uninhabitable, and Aubrey lives in a trailer.

Harry was meant to take over the farm, but those plans also lie in ruins. But a secret is eventually revealed in the plot bringing the film to a satisfying emotional climax and making it a rewarding gut wrenching family drama. 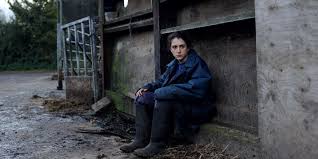