Armed with a toothbrush, this lone wolf is still out to dish the justice America needs and never gets in today’s world of corruption and politics of Trump and Clinton. At the film’s start, the cocky Reacher (Tom Cruise) is almost arrested but tells the sheriff that the phone will ring and that he and his men will be sent to jail. Of course, the prediction comes true just as the cocky hero says. But this loner is presented in this updated story with a 15-year old Samantha (Danika Yarosh) that the bad guys are after. Samantha could or could not be the daughter that Reacher never had. The film switches from lone wolf mode to father protecting his daughter in human element mode. The film works in both modes, though one would never want for example to see a James Bond in a film where Bond is protecting a could-be daughter from the past.
The plot is nothing spectacular. Jack Reacher must uncover the truth behind a major government conspiracy in order to clear his name. On the run as a fugitive from the law, Reacher uncovers a potential secret from his past that could change his life forever. The story contains a few forgettable plot twists.

Zwick is not known as an action director and the film lacks any memorable action set-pieces. The chase on the roofs is exciting enough but has been done before in other action films. Reacher dangles from a gutter, climbs a drain pipe and skids down the roofs. The climax through the New Orleans Halloween parade where killers chase Samantha looks something right out of the James Bond flick, LIVE AND LET DIE. The car chase is also lacklustre. But the editing is sharp enough to satisfy action fans.

Cruise is no longer in his 20’s and his age is beginning to show. His co-star Cobie Smulders outshines him as Major Susan Turner as does hunk Patrick Heusinger as the super efficient killer who is all out to get Reacher even after his boss has been taken down. But Cruise still looks good as the lone wolf action hero. The image of him in the black leather jacket with Smulders sprinting makes a good poster.

As far as humour goes, the running gags of “I don’t like to be followed” and his utterance “Ex-major” whenever a military man calls him major work well. He is a loner and Major Turner is a female military major. When he insists on going after the villains alone, she takes offence. The feminist banter between the two is a good update in terms of political correctness even though these dialogue lines are mildly funny.

The film ends, expectedly with loner Reacher leaving everything behind and thumbing a ride with nothing more than his toothbrush. Another Jack Reacher movie? Why not? 10 million fans of each Reacher book guarantees success of the Jack Reacher films. Also being a U.S. China co-production, the film is almost guaranteed box-office success in the two largest nations in the world. 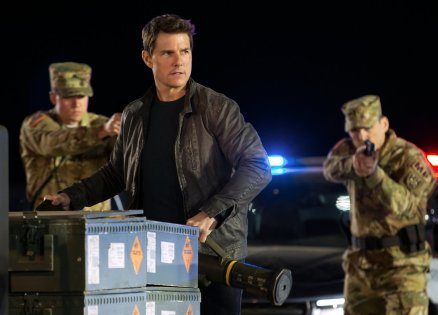 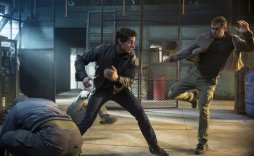 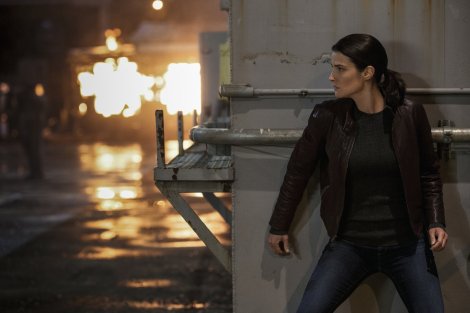