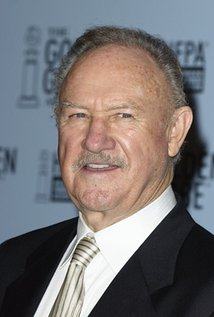 I came to New York when I was 25, and I worked at Howard Johnson’s in Times Square, where I did the door in this completely silly uniform. Before that, I had been a student at the Pasadena Playhouse, where I had been awarded the least-likely-to-succeed prize, along with my pal Dustin Hoffman, which was a big reason we set off for New York together. Out of nowhere, this teacher I totally despised at the Pasadena Playhouse suddenly walked by HoJo’s and came right up into my face and shouted, “See, Hackman, I told you that you would never amount to anything!” I felt one inch tall.