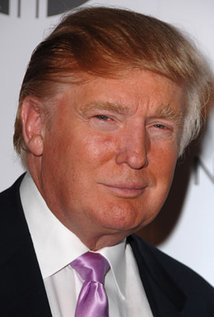 When was the last time that you saw this country have a victory? We don’t have victories. What things am I going to do differently? Almost everything.

[on John McCain] He’s not a war hero. He’s a war hero because he was captured. I like people that weren’t captured OK, I hate to tell you.
Nobody builds better walls than me.

We have places in London and other places that are so radicalized that the police are afraid for their own lives.

[on Marco Rubio, 2015] Weak on illegal immigration, like, weak like a baby. Not a good poker player, because every time he’s under pressure he just starts to profusely sweat.

I could stand in the middle of Fifth Avenue and shoot somebody, and I wouldn’t lose any voters.

[responding to Papal criticism] If ISIL ever attack the Vatican the Pope’ll be hoping and praying I’m the President.

I can be more presidential than anyone.

Part of the beauty of me is that I’m very rich.