Based on the true story on the famed bank robbers during the great depression, we see the life of Bonnie (Faye Dunaway) and Clyde (Warren Beatty) as they rob banks and become iconic in the newspapers. However, even with their exciting lifestyle, there’s always an obstacle to test the famed duo around every corner.

Being recognised as one of the first films to inspire the ‘New Hollywood’ film movement that would change the industry drastically, Bonnie and Clyde (dir. Arthur Penn) still stands as being one of the best American films of all time and having one of Warren Beatty’s finest performances.

Based on the true story of the famed duo who robbed banks during the great depression, the film opens up with Bonnie Parker (Faye Dunaway) and Clyde Barrow (Warren Beatty) having an encounter outside Bonnie’s family house and quickly become attached to one another. Their interests for one another deepens when Clyde reveals himself to be a robber, while Bonnie is tired of her boring job as a waitress.

The two young adults soon decide to both rob banks and lead an exciting life as people against the law, encountering new characters to be involved in their gang, including the innocent C.W. Moss (Michael J. Pollard) and Clyde’s older brother, Buck Barrow (Gene Hackman).

During the course of the story, we see how all these characters become highly recognised within the newspapers, how they each suffer with the different consequences of their actions and the police force getting closer in stopping their crime spree.

Both Gene Hackman and Warren Beatty were very well known for the types of roles that they played during the time, with Hackman playing secondary characters while Beatty played the handsome leading man. Their performances both offer great characters that are very interesting to watch since they are equally great with the less familiar cast members show how this film managed to expand their horizons, especially with Hackman’s career in particular.

The remaining key cast members who were unfamiliar for audience members before this film all did a brilliant job in playing very human and individual characters. Faye Dunaway’s portrayal as the leading lady is absolutely superb in exploring the different challenges and emotions that she’s faced with, while Michel J. Pollard does a great job in playing the innocent-yet-unintelligent Moss. Also, look out for an early cameo by legendary comedic actor Gene Wilder!

Directed by Arthur Penn, his direction over everyone involved within the crew is done very interestingly to bring an original perspective on the screenplay.

Penn often refers to the guns used in the film as power and one very iconic scene is where Clyde shows Bonnie his gun secretly, which happens to be placed near his crotch area and Bonnie stares at it with such excitement and seduction towards such a dangerous object. Another key scene involving a gun is when Clyde actually uses it for the first time on a man that was trying to stop him and we see Clyde struggling with the fact that he actually used his weapon to kill rather then showing it off when doing a robbery.

The director also uses colour as a way to show off the emotions and the lifestyle of America during that time, as well as being used on the two main characters. For example, there’s a scene where Bonnie meets up with her family again after spending sometime doing crimes and it’s shown as a montage with a bronze filter over the shot to make it look like an old fashioned photo and preserve this precious moment for the troubled female character.

As one of the key films that started a new and exciting Hollywood movement, Bonnie and Clyde is one of the most important films in American history and one of the best films that is based on a true story. Creatively made with lovable characters, this is a film that everyone should really see if they truly appreciate American cinema. 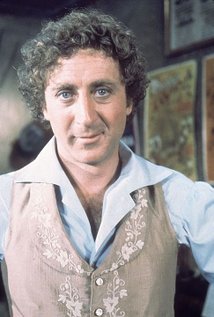