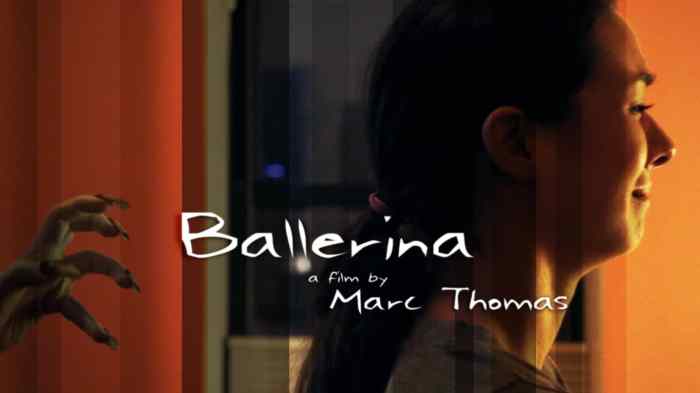 A woman at home alone encounters a malevolent presence in the form of a… music box?

At first glance, Marc Thomas’ Ballerina seems like your typical, every day, predictable horror film, but don’t get too comfortable. Through very subtle nuances, fantastic special effects, a great musical score, and excellent timing, Thomas has made an excellent short film guaranteed to make your skin crawl.

This is definitely one of those short films that I’m at risk of spoiling by saying too much about it. At just 5 minutes, there isn’t much you could reveal about Ballerina that wouldn’t ruin Thomas’ excellently plotted suspense. What I can say is that as a horror lover I rarely find myself crawling with goosebumps when I watch a film, but Thomas’ short had me at the edge of my seat.

One of the great things about this short is what Marc Thomas has managed to do with an already familiar, and almost cliché storyline. Though it’s a difficult art to master, the advantage of using these kinds of stories is the ease with which you can surprise the audience by veering from it even if slightly. Ballerina has achieved this in such a discrete but impactful way, that it’s impossible not to commend it.

The reactions to this film were all intense and infectious. It speaks a lot about any film when it can provoke such a strong reaction from a large group of strangers. If you don’t like horror films, beware; Ballerina will almost certainly give you nightmares. Then again, if you’re anything like me, that might be exactly what you’re looking for.