Skip to content
HomePosts tagged 'Mira Sorvino'
A detective recruits his Uber driver into an unexpected night of adventure.

STUBER is an action buddy comedy involving a blind cop and a Uber driver that the L.A. cop hijacked in order to take down some drug Kung-fu fighting villain.  It is not a high brow film project.  For the promo screening, I could not get anyone to come see the free movie because of its theme.  But if one goes with the lowest of expectations, STUBER will turn put to be surprisingly entertaining.

One would not think of filmmakers like Steven Spielberg or Martin Scorcese directing  STUBER.  But a good choice is London (London, Ontario that is) born Michael Dowse who made the Canadian cult-hit FUBAR and the impressive British feature about a DJ gone blind called IT’S ALL GONE PETE TONG.  Coincidentally, the L.A. cop, Vic (Dave Bautista, THE AVENGERS movies) is also going blind.  The Uber driver Stu (Kumail Nanjiani, THE BIG SICK) acts as his eyes.  If all this sounds pretty corny, it all is.  But the fact that this would pose a challenge to the scriptwriter, Tripper Clancy and director.  It would seem all to easy to dismiss the film as a wasted exercise, but given the fact, Dowse and his scriptwriter has risen above the dauntless task.

The film’s first 15 minutes is all edge of the seat excitement as Vic and his partner, Sara (Karen Gillan) attempt to take down an escaping Korean drug Lord, Oka Teijo (Indonesian Martial-Arts star, Iko Uwais, THE RAID, THE RAID 2, STAR WAR: THE FORCE AWAKENS)

On the negative side, the buddy buddy stuff has been seen before and done better in other buddy cop films.  The difference in characters – Stu is so mild mannered that he cannot express hi love towards his girlfriend while Vic is so stone-hearted cannot communicate with his artistic daughter.  The Ryan Gosling gay joke where Stu believes in brain over brawn is the typical homophobic shit that goes round in male chauvinistic films.  The film is also too male dominated, where females are given just a token nod.  Vic’s female partner is killed off in the film’s first 15 minute, the daughter has to struggle to become a sculptor while the chief villain turns out female.  Stu’s girlfriend is finally revealed as a real bitch who not only not now what she wants but a really floozy.

The buddy chemistry between Bautista and Nanjiani works well.  Their fight in the warehouse looks so similar to the Jonathan Winters garage destruction scene in Stanley Kramer’s IT’S A MAD MAD MAD MAD WORLD that I could almost be certain Dowse took his inspiration there.

The film ends in the Christmas season where the film delivers a few neat surprises.  But the film has so far obtained mixed reviews from critics.  And understandably why as the film is a mixed bag of tricks.  Go see STUBER with as little expectations as possible and you won’t get disappointed. 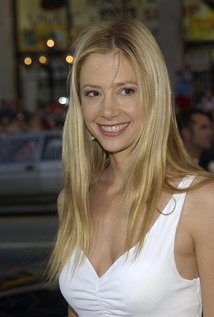 (2011, on Mighty Aphrodite (1995)) That was a blessing from heaven, that role. That was a fantastic role. Working with Woody Allen had been a dream of mine since I was 12, when I was reading “Getting Even” and “Without Feathers”. I was in a high school production of “Play It Again, Sam”. I played the Diane Keaton role in that. So getting to work for him was such a dream come true, and I never thought it could happen that early in my career. That was just an amazing role and a great experience.