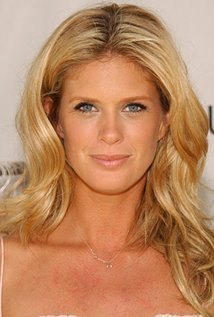 “You can’t really expect a 22-year-old girl to react the same way as a man 24 years older than her”. – on life with Rod Stewart.

“In India and Italy, where I lived for a long time, we like healthier, more voluptuous types.” (2007)

It’s healthy and attractive when a person has a good appetite!

“I write cookbooks and I’m an actress – two things that aren’t always compatible, at least for the waistline.” (2007)

Marisa’s big break came at age 21 when well-known fashion photographer Mario Testino photographed her while she was surfing with friends in Manhattan Beach, Calif.

In high school, Marisa was a star volleyball player. In her junior year, thanks to her position as outside hitter, her team never lost a game during the entire season.

Modeling is a tough job, your co-workers are your rivals, it really puts a damper on your perspective of other girls.

Fashion is about good energy. It’s about feelings. That’s what I have to give the people, good energy and good feelings.

I want to be a child doctor. A pediatry…how do you call it, pediatrician? Do I like kids? No, not really.

Sex is for after marriage. They [men] have to respect that this is my choice. If there’s no respect, that means they don’t want me.

Boxing is my exercise, my passion.

Read reviews of the best of the model/actress: 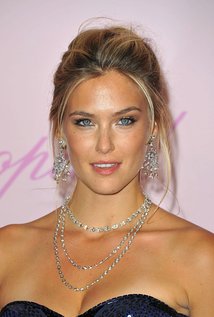 [on the possibility of her joining JDate] Maybe if I’m still single when I’m 40, but not for now.

I’m very lucky. As I get a lot of role because of my name as a model and I probably wouldn’t have got them without it. You have to make the best of your situation.

Michael J. Fox is a great, sexy, funny, short man. I had so much fun on that show [Spin City (1996)]. There was this scene where we were lying in bed together after sex. But instead of having a cigarette, I start yodeling, because I’m German, see? He kept making me laugh, we were cracking up.

Going blonde is like buying yourself a light bulb!

I believe that when you put a smile out there, you get a smile back.

When I came to America, I was really into all the things people eat here. . . . People called me Muffin because I would eat muffins all the time.

Seal and I feel very lucky that we found each other. He’s my best friend. He would never go in through a door first. He always opens the door for me and steps back so I walk through.

Festival Reviews
Create a free website or blog at WordPress.com.