After Russian terrorists hijack the Presidential plane, the only hope of regaining control and averting disaster is the President himself. He has just made a speech stating he will not negotiate with terrorists, but is he willing to stand by that if it means sacrificing his wife and daughter?

‘Harrison Ford is the President of the United States’. If that tagline fills you with dread, chances are you probably aren’t going to enjoy Air Force One. However, if the image of the great American action star playing the President, as a tough, heroic, Medal of Honor winner, beating up the terrorists who dare to take control of his plane, makes you grin, then you’ll love this action-packed thrill ride.

At the start of the film, President James Marshall makes a brave speech in Moscow condemning terrorists and saying he will not negotiate with them. Coincidentally, upon leaving, a group of Russians sympathetic towards General Radek (the once tyrannical leader of Kazakhstan, now in prison) board Air Force One posing as a press crew, helped by a mole in the Secret Service.

When things get hairy, the President is rushed to an escape pod in the cargo hold. But what the hijackers don’t know is that the President refused to leave and while his staff and family are held captive, he endeavours to rescue them single-handedly.

Consequently, what ensues is your typical ‘lone hero against a group of criminals’ scenario (think Die Hard or Under Siege). The terrorists conveniently prowl around the plane individually and he is able to pick off a few before being rumbled.

This rather tired formula is given a new lease of life and works mainly because of Harrison Ford’s star power. Ford inspires confidence; he does the right thing no matter how difficult, the audience know this and have that expectation before the film even starts. We know he’ll do the right thing, take care of his family and be a great leader of his country because he’s Harrison Ford, the Hollywood star. If it was an unknown actor we perhaps wouldn’t know how he’d respond in certain situations, and we wouldn’t be drawn into the film as much as we are, knowing Harrison Ford is going to save the day. This is basically, ‘what would happen if terrorists hijacked a plane and Indiana Jones was on board?’ or Jack Ryan, or any number of the characters he has previously played.

Praise must go to Gary Oldman as Ivan Korshunov, leader of the group of terrorists. He excels at playing the bad guy but I think this character is something special. Usually the villain’s motives aren’t explained, they are de-humanised and the audience feels no sympathy for them. But far from being a crazy lunatic, he makes Korshunov human, which can be quite unsettling. There are times when his persuasive rhetoric (combined with a convincing Russian accent) makes you wonder if he isn’t just a regular guy who was pushed to the very edge and foolishly chose to resort to extreme methods. In using the argument, “You, who murdered a hundred thousand Iraqis to save a nickel on a gallon of gas, are going to lecture me on the rules of war?” he makes the audience see the Americans, and by association The President, in an unflattering light. Korshunov is a powerful character, and pitting him in opposition to the President adds an extra interesting facet to the film.

The bottom line is that Air Force One is completely unbelievable. It’s a fantasy story about the President saving the day. Yet it keeps you hooked. It’s a little longer than I like my action movies but it held my attention. There are some great action sequences; the pilot’s urgent attempt to land the plane at a German airbase near the start of the film is a remarkable set piece. My advice is don’t think about it too much because if you start to examine the plot you will find gaping holes and you’re likely to realise it’s all a bit silly. But it’s a very enjoyable film if taken for what it was meant to be; a summer blockbuster, a popcorn movie, a film you can sit down and enjoy without taxing your brain. So, just go with it and enjoy the ride, or should that be flight? 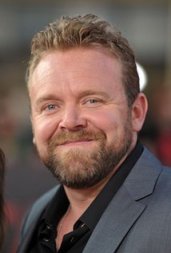 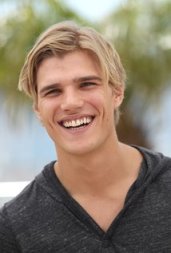