Paris is a vibrant venue for culture, with lots of venues for shows, and the city itself is a gigantic set to shoot images. The festival selects Music Videos and dance movies from all over the world and they screen it in Paris and give young artists both sides of the camera to be noticed for their talents.

Matt Beurois: Paris as a mixed history with Music Video festival. There is a huge one, but it is for well established artists and artists with labels… That doesn’t really need a festival exposure. We want to offer a real opportunity for artists, bands, directors working in music vids to have they work screened, seen, shared.

MB: A great atmosphere ! We visited quite a lot of underground venues in Paris. For our first year we choose the Highlander Scottish Pub because they have two screens, and because they really like our idea and our way of doing it. Music Videos will be a full part of this night in the underground cave of the pub.

MB: We just are expecting to discover music videos. A music vid can easily be enjoyed : there’s music, images, it is short. But for the same reasons, and long after the MTV generation, a music vid has turned to be just another piece of marketing. What we like are music videos made with serious, sometimes ambition, and we love to watch something fun. We have selected very different music videos, in their music genres, but also in their styles, graphic design, editing… We select music vids that we want people to discover an so we can tell them : “take a look at this one, is comes from that other side of the world, it really has some guts”.

MB: We all know there are different ranges of festivals. The A type festival are like the holy grail most of us will never be able to reach. Under that there are the big festivals, the ones you never get selected to even if your work really would deserve it. Above that, there are hundreds of festivals, and we choose to create festivals that may, can and do accept and select strange, different, bloody, experimental stuff. We want to be one of these festivals the filmmakers are proud to take part of, and we try to do it so it is useful for artists to be part of our selections.

MB: We created a couple of movie festivals before, as the Paris Art and Movie Awards. I personally worked in the music business as a manager for 10 years, and I directed myself several music videos. I love this genre, because first of all I love music, and I love cinema. After the Paris Art and Movie Award had such a success, we created the Paris Music Video Underground, so we can just focus on one category, and create a competition that really emphasis these talents.

MB: This is our very first edition, and we are really happy about the submissions we had. We hope the festival will grow !

MB: “The Frighteners” by Peter Jackson, just before he dived into the LOTR. This movie is an underestimated masterpiece, a perfect balance between entertainment and good script. For his first movie in the US, of this scale, I have much respect for Jackson.

Also, “The Truman Show”. When you watch this movie for the first time, your jaws will drop. Then, the more you watch it, the more it may freaks you out. This is so our world now…

MB: The script has to be good.

MB: From the watchers point of view, we have many theaters, Original Versions, independent venues and major distributors. Paris is the greatest place in France to watch movies.

If you’re talking about the film business, Paris is hopeless, stuck in the mafia-like family process. 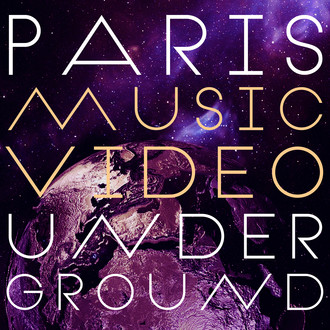 Matt Beurois is a multi-award winning director and screenwriter with a background in Modern Letter in French High School, and a degree in Advertisement Communication and Marketing. He directed 25 shorts, and wrote 5 features, one of the screenplays being award nominated in the UK. He also produced and directed several music videos through the years, in Paris and London. He also is the founder of the Paris Art and Movie Awards, the only international festival in Paris intended for indie filmmakers and producers. His last movie to date as director : ‘Man of the Past’ has been selected by 31 festivals worldwide, winning 4 awards in Los Angeles, Paris, Croatia and India, including Best International Film Award in Hollywood, and screened in Cannes Film Festival in may 2014.
_____
Interviewer Matthew Toffolo is currently the CEO of the WILDsound FEEDBACK Film & Writing Festival. The festival that showcases 10-20 screenplay and story readings performed by professional actors every month. And the FEEDBACK Monthly Festival held in downtown Toronto on the last Thursday of every single month. Go towww.wildsound.ca for more information and to submit your work to the festival.