Danish writer (THE GIRL WITH THE DRAGON TATTOO, A ROYAL AFFAIR) Rasmus Heisterberg’s directorial debut centres on a brilliant medical student and difficult human being, Simon (Kristoffer Bech). Simon’s goal is working on a study project in the Amazon with his best friend Knud (Elliott Crosset Hove), after passing the exams. Trouble is that Simon is quite unstable emotionally.

While he is straight, he has a strange jealousy of Knud, especially of his girlfriend, Mia (Lea Gregersen). Director Heisterberg captures the campus environment well and injects a superb trance soundtrack that can be heard whenever the boys go partying. And

the boys party hard. The film is unpredictable and though the film is not exceptional, the angst and problems of Simon are deeply felt. The film, a study on the compulsive behaviour of Simon and its consequences succeeds. 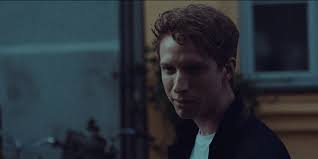