The WAM (Wait-a-Minute) Film Competition and Festival started in 2013. It is part of the Tacoma Filmmakers group. You can find them at http://www.Tacomafilmmakers.com as well as Facebook.  They are here to help the community as well as facilitate contacts to help filmmakers. They look forward to partnering with companies to assist the needs of filmmakers.

Matthew Toffolo: What is your Film Festival succeeding at doing
for filmmakers?

Joseph Kephart: We’ve just started a few years ago, so as far as succeeding I’m not sure yet, but the intent is to give filmmakers an opportunity and a venue to display their craft.

JK: A great time, recognition, some nifty prizes and if needed the push for filmmakers to continue on their path.

JK: Films must be 1 minute in length and contain the mystery element required for the current competition. Filmmakers have 1 week to film their masterpiece. We are unique in the fact that among other competitions where filmmakers are given 24 to 72 hours to complete a film, we believe in giving them a week to polish their films. Also, we require a mystery element to be included in the film, but unlike other festivals we offer a concept that must be used. Example, our most recent requirement was the concept of “Transformation.”

JK: As I understand it, the trend is to cram as many films into a festival as possible. Which I can understand from a marketing standpoint. So… speaking from experience if your film doesn’t fit into the box so easy, you may not have a chance.

JK: We like to help filmmakers and believe in promoting this type of “art medium” in our community. It’s also a great way for everyone to network.

JK: The prizes have gotten bigger and we’ve changed venues. We’ve gone from showing in a historical building to showing films at a lovely historical theater.

JK: I’d like it to be an institution, a fun one, eventually passed onto others to run.

JK: For me it’s always been creativity.

JK: As far as indie film making goes, it seems to be blossoming. Tacoma and the Pacific Northwest is a great place and most people that I’ve met are cool and laid back. This film festival is all about helping and promoting filmmakers. I think Tacoma shares that same sentiment. 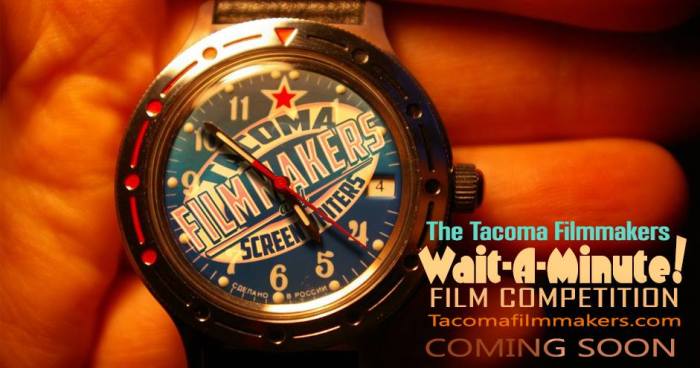 _____
Joseph Kephart is a filmmaker who lives in Tacoma WA and serves on the executive committee of Tacoma Filmmakers. His production company Hooligan Street Pictures, has made short films in the past and is now venturing into the world of feature film making. Visit www.hooliganstreet.com for more information.
_____

Interviewer Matthew Toffolo is currently the CEO of the WILDsound FEEDBACK Film & Writing Festival. The festival that showcases 10-20 screenplay and story readings performed by professional actors every month. And the FEEDBACK Monthly Festival held in downtown Toronto on the last Thursday of every single month. Go tohttp://www.wildsound.ca for more information and to submit your work to the festival.