Voted “Coolest Film Festival” by MovieMaker Magazine, DC Shorts Film Festival and Screenplay Competition is one of the largest short film events on the East Coast.  Last year, they screened 135 films from 25 countries in 18 unique showcases over 11 days to audiences of more than 9,000 people. 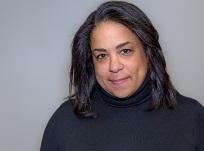 Kimberly Bush: DC Shorts Film Festival provides a robust venue for short film filmmakers to present their films. We are successful at being a 11 day full/well rounded experience for filmmakers. Filmmakers are able to not only screen their films but we invite them to the festival to spend authentic time with the audience in Q&A/panel discussions. The filmmakers can enhance their craft in our filmmaker workshops/classes as well as celebrate their presence at the festival at one of our celebrations including our Filmmaker Awards Brunch.

KB: As an attendee you can expect to see poignant, riveting, multicultural, diverse and groundbreaking films in every genre from all over the globe. There are many opportunities for attendees to share dialogue with filmmakers in our Q&A/panel discussions/roundtables or at one of our celebrations. We also offer free workshops/classes for attendees interested filmmaking as well as free film showcases for youth and free lunch time film screenings. During the last weekend of our film festival, attendees can experience our Screenplay Competition. During this event, attendees will hear a table reading of approximately 6 different screenplays that have been previously selected by a juried panel. After the table readings they will be able to vote for the best screenplay. That screenwriter will be awarded a cash prize and their completed film will gain entry into the following year’s film festival. The Film Festival is truly 11 days of nonstop engaging fun and film.

KB: Our main judging criterion is story. We screen all genres and styles of film. All films are 30 seconds to 20 minutes in length. We look for interesting and original stories with developed and well-written characters.

KB: I do think that there is a film festival/film competition for every kind/genre of film. It’s up the filmmakers to find the best festival for their film. However, we appreciate the difficulty of rejection, and so have created a “second chance opportunity” program within DC Shorts. DC Shorts’ Take 2 screens films that didn’t quite make the cut for the festival selection, allowing the audience to choose 2 films to make it back into the festival. This takes place over two days in May.

KB: Every year we receive feedback during the film festival (as well as months after) stating how much of a life-changing event it was for the filmmakers. They enjoyed all the opportunities to commune with the attendees and other filmmakers as well as the educational programming we provide. They felt well taken care of in regard to the housing/hotel accommodations we organize for them as well as the city tours and our Feed A Filmmaker program. What gives us the energy and motivation to create DC Shorts Film Festival year after year is knowing that our year round efforts make such a huge, positive impact on our filmmakers and the community. We do believe that film changes lives and we are charged with responsibility to provide the space that can bring film to the eyes and ears of the community.

KB: The Festival has grown exponentially! In 2003 we were a 3 day film festival screening in only one location. We now have a screenplay competition with a cash prize award. We have had screenings in up to 5 different locations. During the film festival, we offer patrons who may not be able to attend the festival in person, our Online Film Festival where they can view 90% of the films that are actually in the festival. We host epic celebrations as well as free children’s film showcases in libraries throughout Washington DC as well as free filmmaker workshops and beginner/master classes.

KB: I am relatively new to DC Shorts…I came aboard as the Executive Director in 2015. 2016 has brought more exciting changes to my staff. I have hired an amazing programming team. Joe Bilancio, our Director of Programming and Derek Horne, our Programming Lead, both with extraordinary track records/experience and insatiable passion for film. With this new team we will begin planning for DC Shorts’ future which may include new and exciting partnerships and collaborations that will provide even bigger and better opportunities for filmmakers.

KB: If a film has the ability to REALLY make you think, feel, laugh, contemplate your own thoughts/way of being/existence or just create some level of change…however microscopic…I think that is what makes a great film.

Washington DC probably hosts the largest variety of film festivals/film screenings in the country….culturally…politically…socially. Old movie house are being salvaged. New movie houses are being constructed. Film Festivals that were defunct are being resurrected. The DC film office has been making strides over the years. The film scene is vibrant, growing and ever present. There are over 100+ film festivals in the Washington DC Metropolitan Area with stellar and diverse film screenings/events year round. 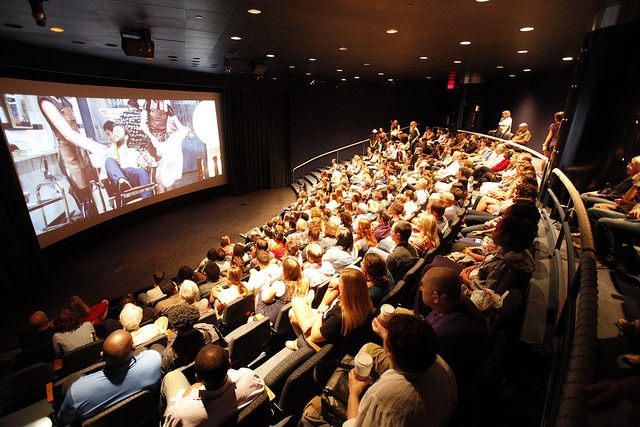 ____
Interviewer Matthew Toffolo is currently the CEO of the WILDsound FEEDBACK Film & Writing Festival. The festival that showcases 10-20 screenplay and story readings performed by professional actors every month. And the FEEDBACK Monthly Festival held in downtown Toronto on the last Thursday of every single month. Go tohttp://www.wildsound.ca for more information and to submit your work to the festival.